On a ferry from Kinderdijk to Rotterdam 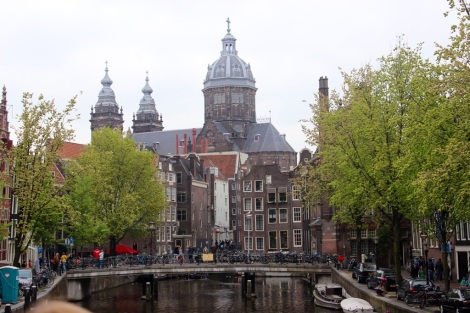 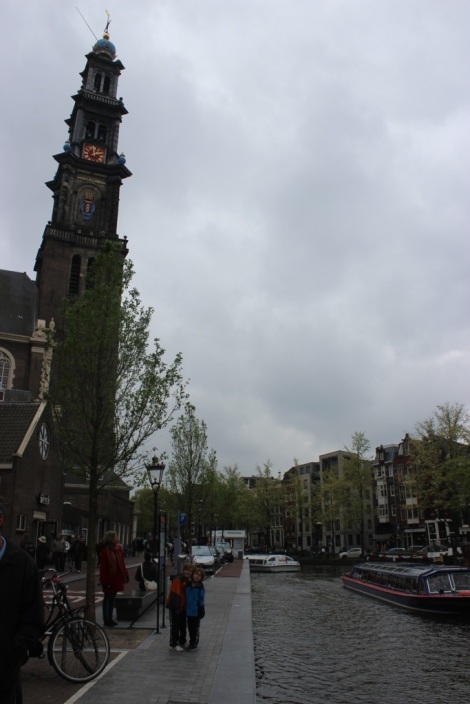 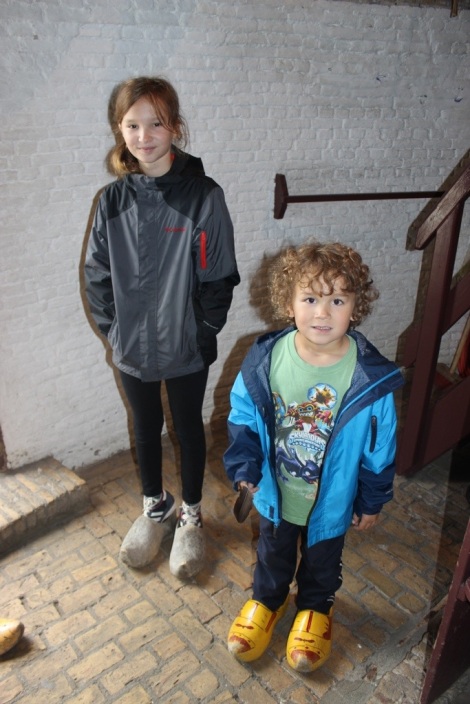 I cooked, I cleaned, I sewed, I even reprimanded a little Dutch girl who had a bad attitude!

Walking around the windmills 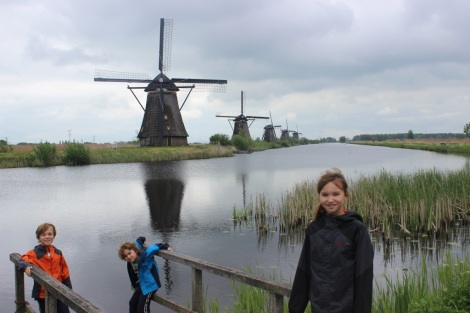 Windmills in Kinderdijk (a village in the Netherlands)

These things are powerful! To harness the power of water is pretty brilliant. The Dutch figured out ways to effectively catch the wind and even used the positioning of the arms to tell other windmill operators how to best position theirs. The different positions also signified births, deaths, weddings, etc in the community. Necessity is the mother of amazing inventions. 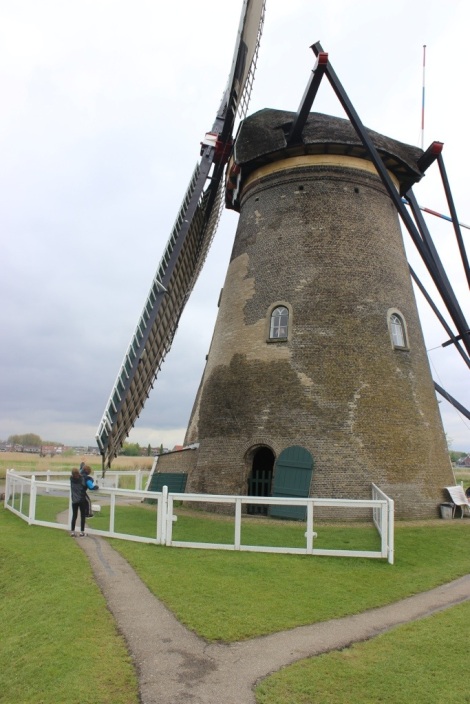 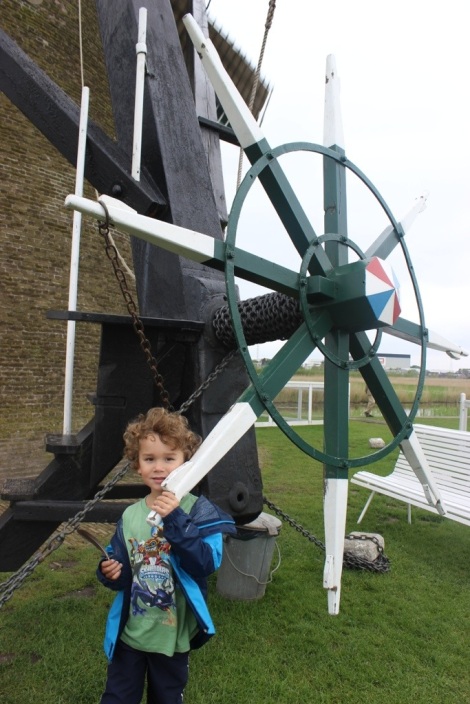 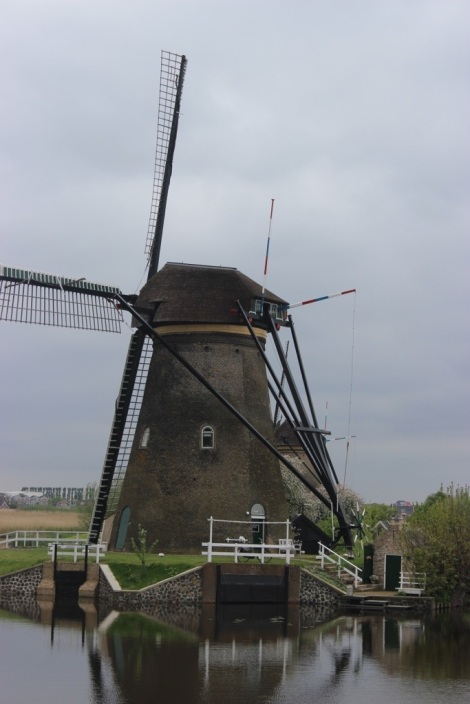 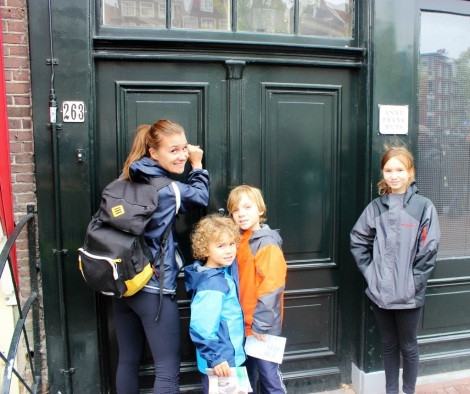 They do not allow you to take photographs inside of the secret annex where Anne Frank and seven other Jews hid from the Nazis with the help of office workers in the factory below. They had to be very quiet during the day, they could not open their black out curtains, their food rations were scarce, they were bored, scared, sad… The museum is set up where you walk up narrow stairs into different rooms. Rooms were multipurpose- meaning one room would be used as a bedroom, a kitchen and the family room. Eight people (two families and a single man) shared the space. The original bookcase that hid the annex is still there at the top of a staircase. In the last room, you get to see her actual diary, as well as photos of the inhabitants and short stories of their fates after they were removed from the hiding place and sent off to concentration camps. Otto Frank, Anne’s dad, was the only one to survive. Miep Gies, an office worker who helped hide them, found Anne’s writings and put them in a safe place in case she returned. Sadly, she did not. The papers and diaries were given to her father who felt her story needed to be told.

“We cannot change what happened anymore. The only thing we can do is to learn from the past and to realize what discrimination and persecution of innocent people means. I believe that it’s everyone’s responsibility to fight prejudice.’’ – Otto Frank 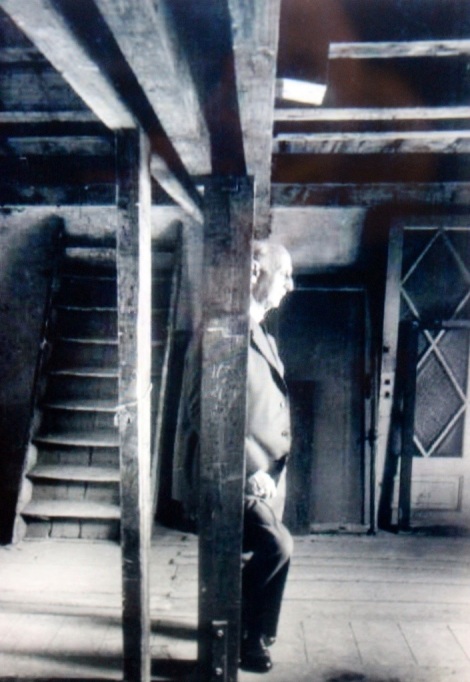 I’ll have what she’s having…

Many bachelor and bachelorette parties were going on while we were in Amsterdam. Anything goes there, so walking around and people watching is an adventure in itself! Marijuana is legal there, so people are acting extra goofy- fun to watch.
This lady was painted blue and singing the smurf song while sitting on a viking’s lap. Good times. 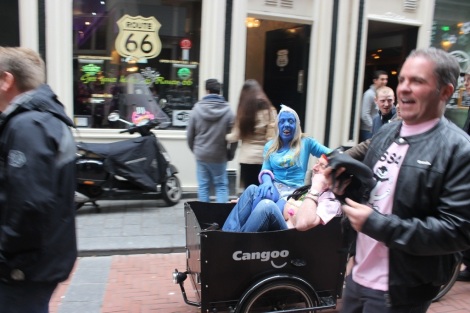