Thank you to Grammy and Grampy!

Thanks so much for taking care of our little Kiko. Knowing she was happy and loved made us breathe easier while on our trip! Loved how you followed our adventures on the map. That was fun to come back to and see all the pictures, too! We sure do love you guys. 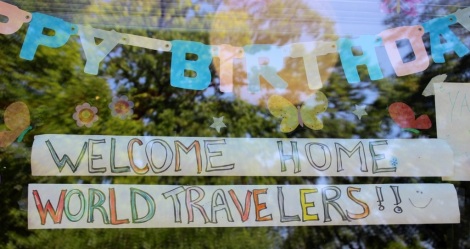 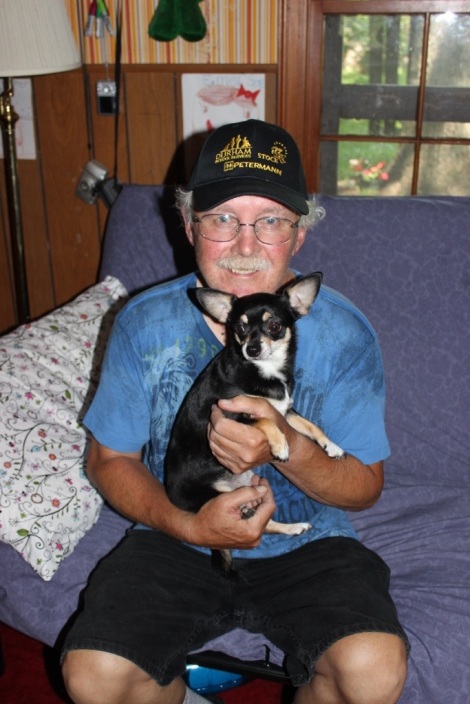 “And above all, watch with glittering eyes the whole world around you because the greatest secrets are always hidden in the most unlikely places. Those who don’t believe in magic will never find it.” ― Roald Dahl

Angie is the best! I love how she uses words like ‘magical’ to describe a hummingbird or the family of baby bunnies (they live in a hole in their front yard and she’s been trying to protect them from other animals and a lawn mower!) They rescued a pit bull named Storm who is a sweet dog- I’m bummed I didn’t get any pictures of her.
Hanging out with them talking and laughing into the night was awesome! The kids rode bikes, went to the local pool and ran around the backyard for hours. Good stuff! We love you guys so much and can’t wait to get together again real soon! 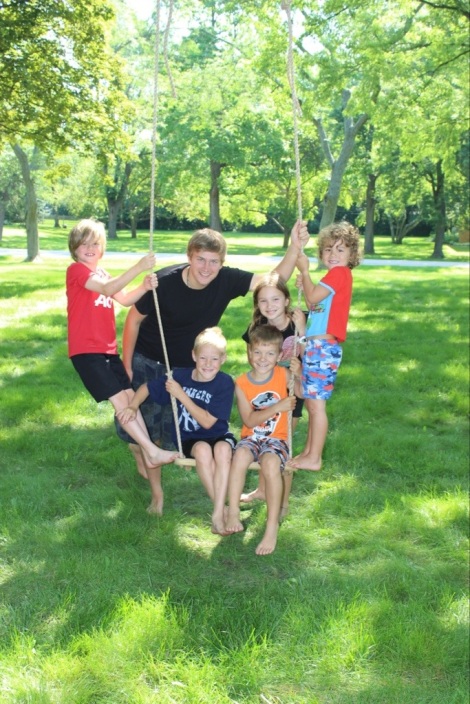 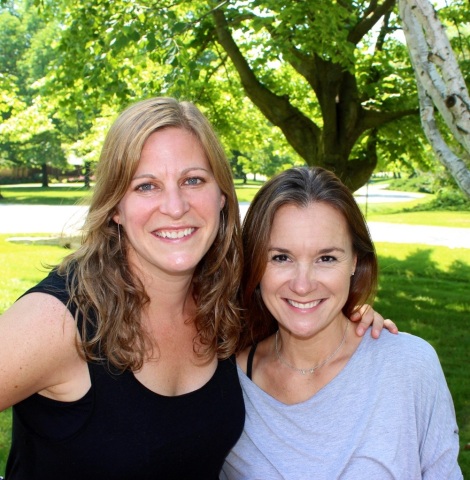 So much fun with the Pettit Family!

We had a slumber party with the Pettits in Wisconsin. They have the coolest house ever – it feels like you’re in a big treehouse. One of the photos is of the kids with Hudson, Cole and Mo (the 16 year old son of Angie’s German host family from when she was an exchange student.) Hudson and Emerson hung out together a lot at Jesse’s Fire games when they were babies. Hudson’s dad, Brian, grew up in Racine like we did. Jesse met him and Scott while playing soccer when they were kids.
It was sometime during the 90s and Jesse hadn’t seen Brian in years until our good friends Yvonne and Greg in Chicago had them over one night and mentioned Jesse. Brian immediately came over and knocked on our door. We met his wife, Angie, who is amazing and we’ve been in touch ever since! It is a small, wonderful world we live in!

Lennon having a chocolate shake at Kewpee’s and a statue in Monument Square that the kids liked because a bird was on the guy’s head! 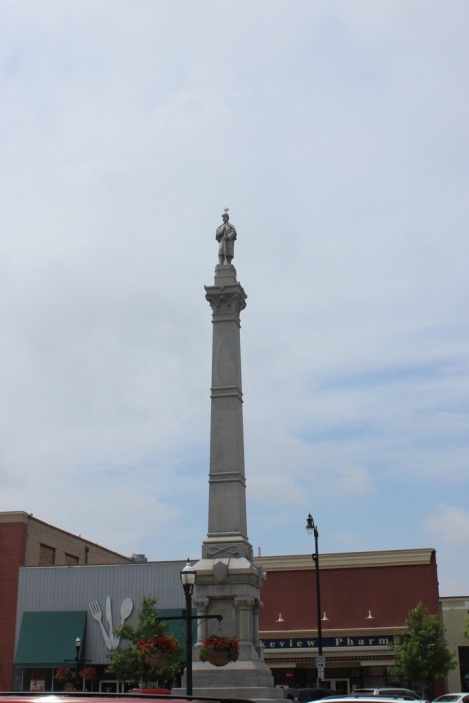 Make a wish! Sky lanterns with Grammy and Grampy in Racine! 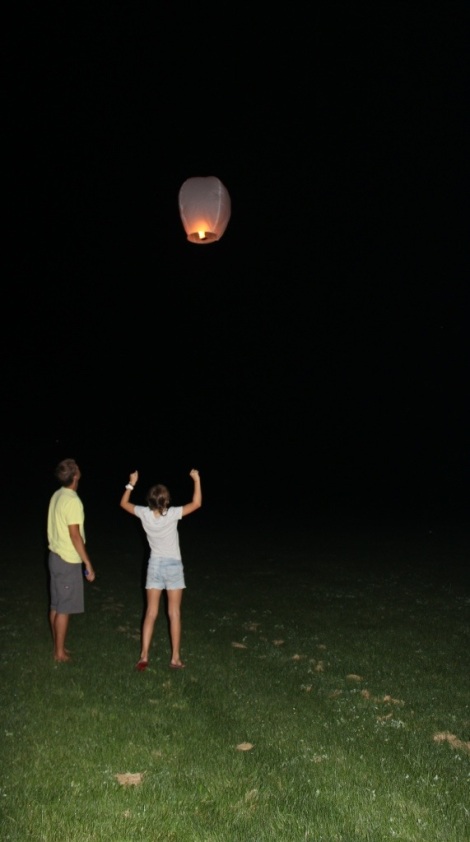 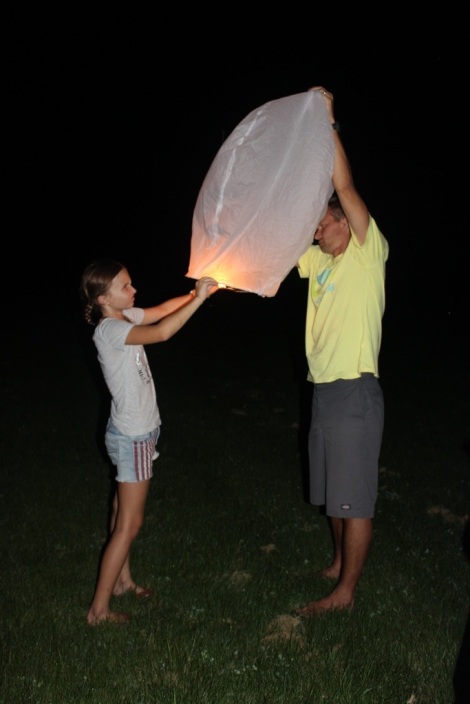 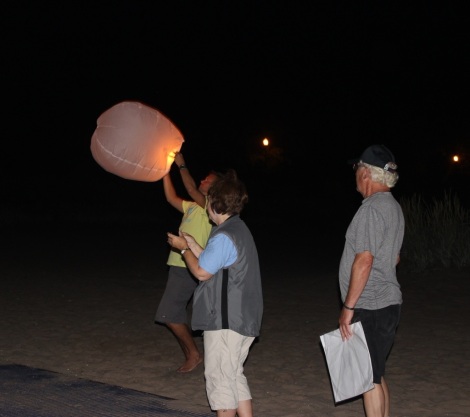 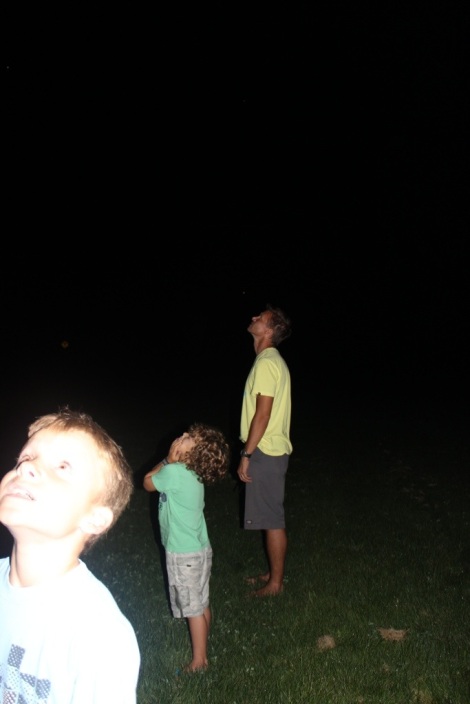 “Every heart beats true for the red, white and blue!”

Watching the 4th of July fireworks in Racine, Wisconsin. 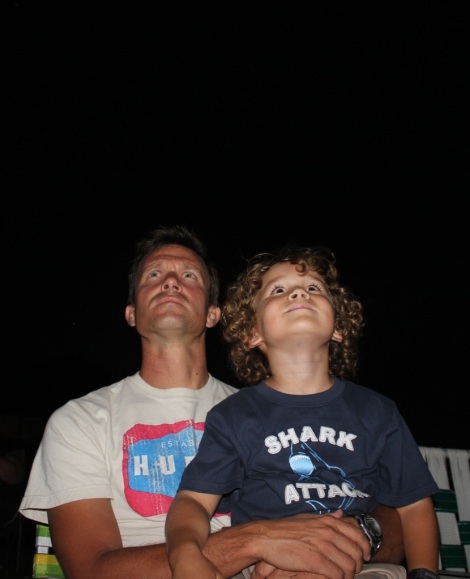 Done with bracelets I acquired while traveling! 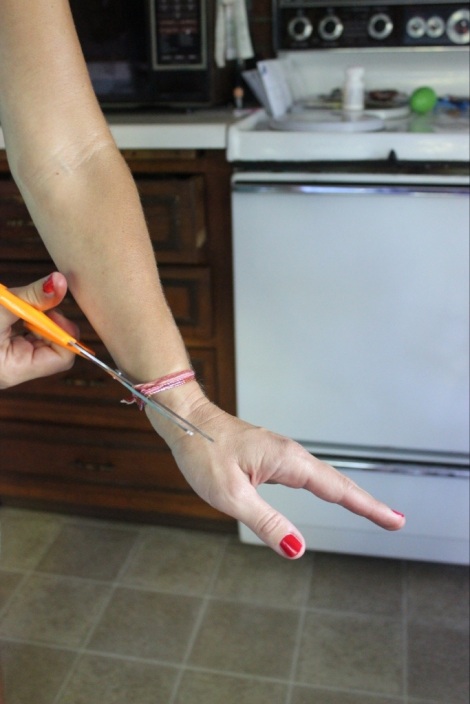 These clothing items served us well, but we are done with them! 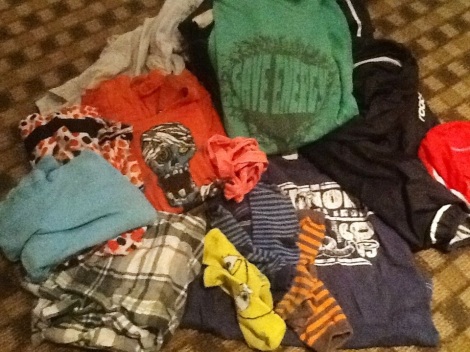 Visiting our baby friend, Theo, in New Jersey. The kid can eat!

Theo belongs to Mitch Henderson (one of our best friends when we were living in Chicago) and his wife, Ashley.