In person, they take your breath away 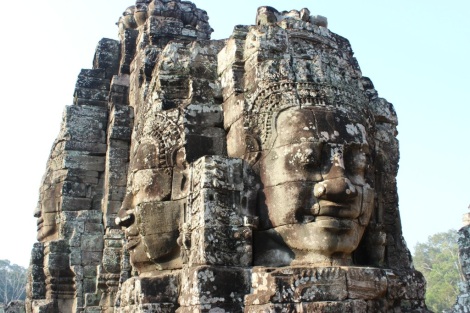 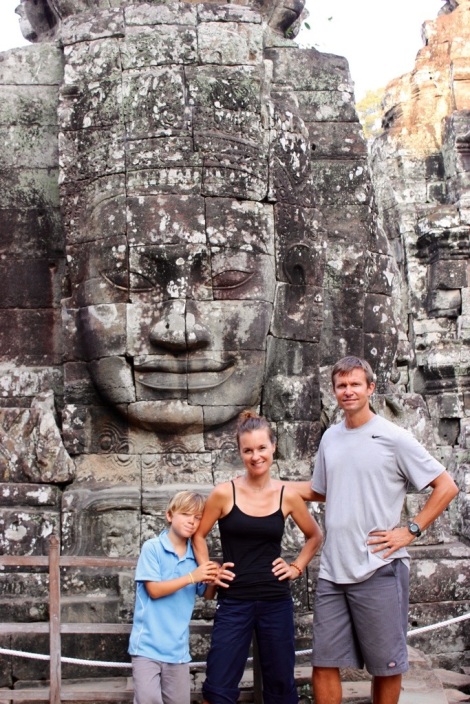 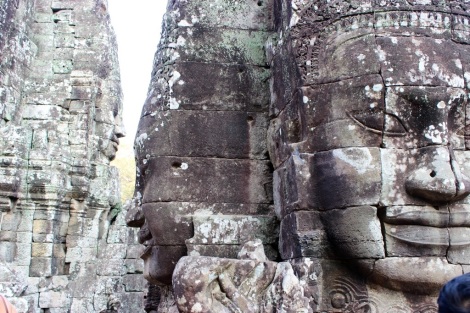 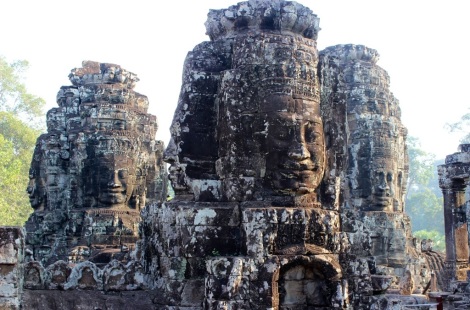 This temple is called Bayoun and it is the capital of Angkor Thom. The Angkor Wat area is actually a large area that has hundreds of temples. Angkor Wat is the most complete and biggest, but there are many others. Each new King would declare a new local capital and build a new temple to honor his kingdom. What makes this one, Angkor Thom unique is that it was so well fortified and pristine that it was used by several kings and just modified to fit each King’s liking. The faces are so cool!