Vishnu was actually front and center of this wat for many years until the religious climate changed and the temple became Buddhist. Vishnu now resides in a small temple off to the side of the larger wat- and is still impressive and beautiful to this day. 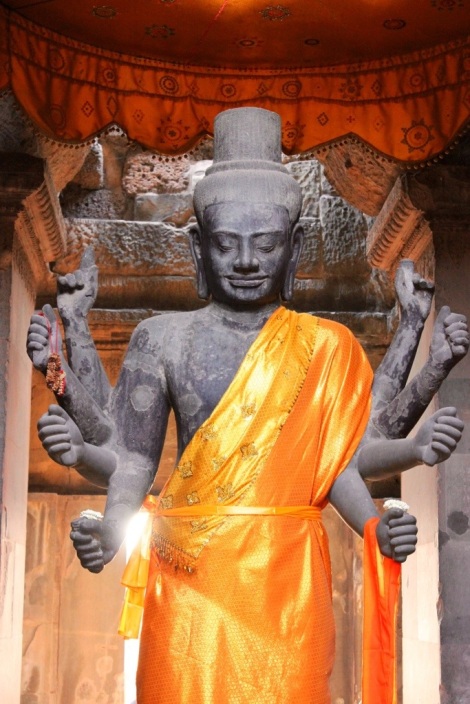 Angkor Wat was designed as a Hindu temple, in fact Buddha himself was Hindi and the 2 religions are closely related. Vishnu is one of the most important gods in Hinduism and she was placed at the center of Angkor Wat originally, but moved to the front outer wall by a later king and replaced by a Buddha statue. The Buddha statue is not there today because the center of Angkor Wat was dug out by thieves looking for treasures, but it is said that nothing was found.