We visited The Egyptian Antiquities Museum in Cairo, known more commonly as the Egyptian Museum. It houses the largest collection of Ancient Egyptian artifacts in the world.
The museum owes its existence to the Egyptian Antiquities Service, established by the Egyptian government in 1835 to limit the looting of Egypt’s priceless artifacts.
When you’re looking around, you can’t believe how old this stuff is- we’re talking 3 to 4,000 years! The kids liked the mummies the best. They were freaky to look at when you first walked in the room, but then they become intriguing and you want to learn their story. Some are so well preserved- you can tell exactly what they looked like when they were alive. Lennon was excited because he said that one lady mummy was giving him a thumbs up! (I actually found a picture on the Internet of the mummy Lennon was talking about.)
Our guide, Mohammed, explained to us that the reason why a lot of the mummies seem to have large noses is because the technique to remove the brain back then consisted of taking a tool with a hook on the end of it and pulling the brain down and out through the nostrils. Ouch!
We were not allowed to bring a camera in (bummer) so I took a couple photos off of the Internet- best I could do. We could have spent a few hours just looking at King Tut’s tomb and artifacts. While we were staring at it all, we kept looking at each other like ‘I can’t believe we are in Egypt right now seeing all this!!!!’ We were excited beyond words! Life is good! 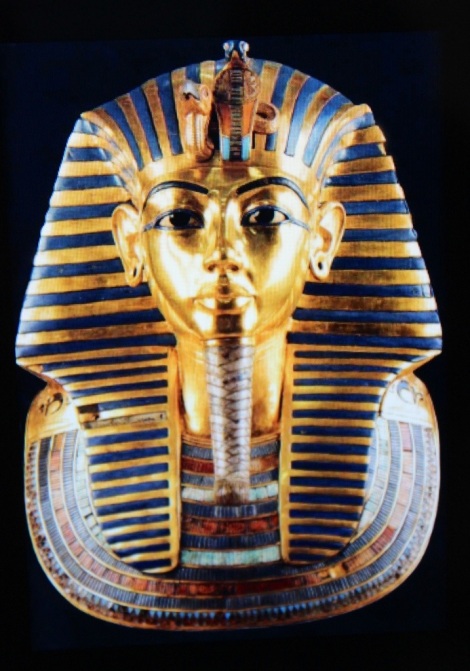 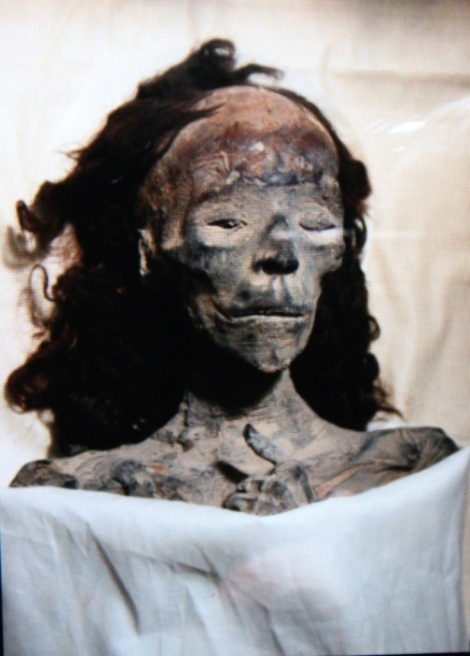