We got to Petra and hopped on some horses to get us to the entrance. So fun until you get off and the horse handlers give you a bunch of crap because they want a bigger tip. I’ve said it before and I’ll say it again- we will not miss the haggling and harassment! In some countries, I swear they try to break your spirit! They chase after you trying to sell something or they say the tip isn’t good enough. We talked to people at the tourist information stop before we rode the horses and they told us what was considered a good tip and the horse guys still harassed us. I have no problems telling pushy people to go away- but day in and day out, it gets tiring. Men in various countries do not like to be told “no” – especially by a woman. ‘Too bad, so sad!’
Anyhoo, these are some more pictures from the horse ride. It was picturesque and fun. We rode by an area where the Indiana Jones movie was filmed and tombs that looked cubes are called spirit boxes. Em’s horse stopped to take a huge pee- Lennon laughed about that for awhile. Maddux’s horse handler had a bad leg so he had to walk slowly. Poor Maddux was way behind yelling, “wait for me guys!!!” 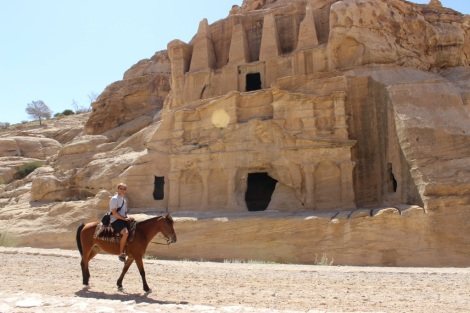 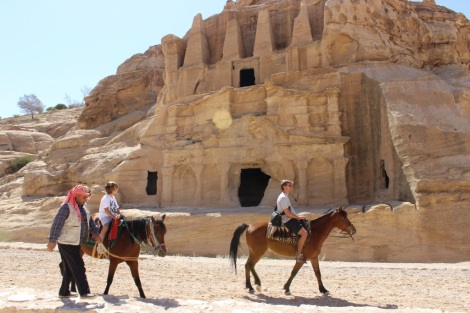