The Tree of Jesse in saint Catherine’s Church in Bethlehem

The bas-relief (a type of sculpture) of the Tree of Jesse is a large work given as a gift by Pope Benedict XVI during his trip to the Holy Land in 2009. The main part of the work represents an olive tree as the Tree of Jesse. It displays Christ’s lineage from Abraham through St. Joseph. It is placed along the path used by pilgrims making their way to the spot where Jesus was born. The piece also incorporates symbolism from the Old Testament. You can see JC at the top with his arms open wide blessing the Earth.
Of course we needed to get pictures of Jesse standing next to another Jesse! A guide walking by, told us that Jesse was a very good, strong person who helped his fellow man- I guess they have something in common! 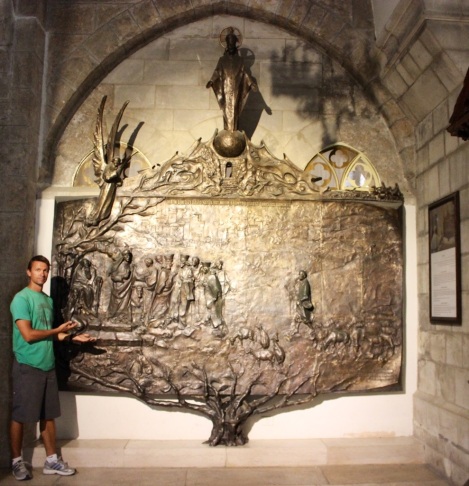 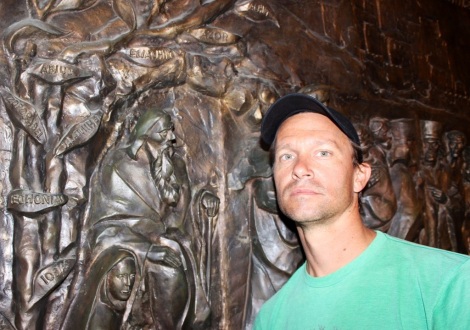 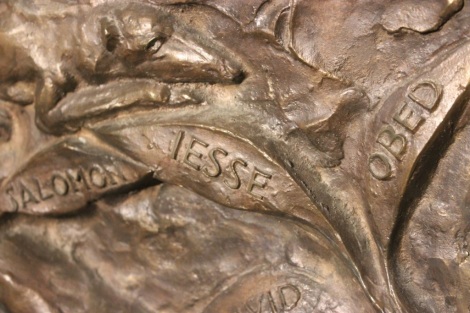