High above the village of Werfen in Austria, we got the chance to explore a huge, breathtaking ice cave! We had to take a brisk hike (kind of tough the higher you climbed. Air got cold and it was challenging to breathe, but we kept going!) We then took a tram that was high up and super fast.
Our guide explained that “The World of Ice Giants” was discovered in 1879 and is actually a labyrinth of ice caves that is almost 30 miles long. It is considered a dynamic cave, meaning that the corridors and the crevices connect lower lying entrances to higher openings- this makes it possible for gusts of air to circulate. During the spring months, the ice that has melted and turned into water seeps through the cracks in the rock. It reaches the chilly, frozen lower areas of the caves, freezes some more and slowly transforms into magical ice formations. We were given ‘old school’ gas powered torch lanterns, but our guide had this funky wire he would light on fire and it would get super bright. Sometimes he would go behind an ice wall with the bright light and it looked magnificent! So pretty. Although we enjoyed exploring the cave- it was bone chilling cold! Our fingers and toes were frozen. Well worth it, though. 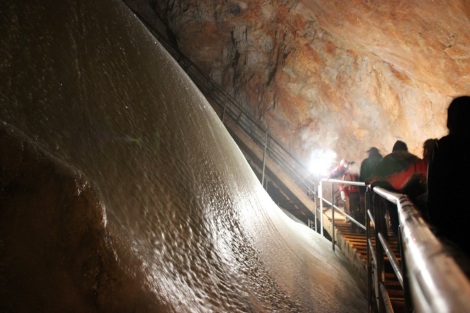 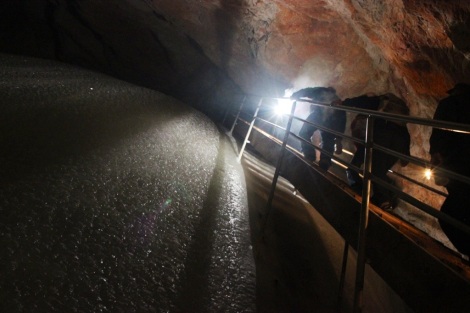 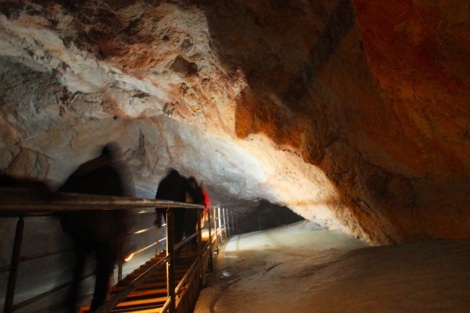