This sightseeing adventure was annoying. It was so crowded with people clawing at each other to rub Juliet’s right boob (it is said to bring good luck. What?! Weird.) Some people even tried to grab her nether regions. Poor Juliet.
Shakespeare wrote the drama of Romeo and Juliet- it was not based on a true story- so I don’t know what the deal is with this balcony- plus it was built in the 20th century! 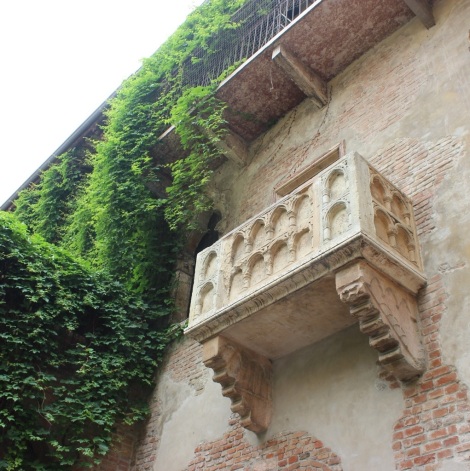 I am smiling in the photo because we were on our way out!