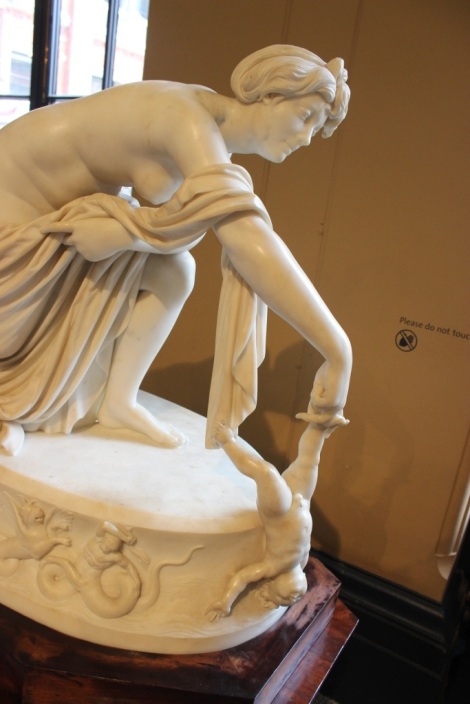 “In Greek mythology, when Achilles was a baby, it was foretold that he would die young. To prevent his death, his mother Thetis took Achilles to the River Styx, which was supposed to offer powers of invulnerability, and dipped his body into the water. But as Thetis held Achilles by the heel, his heel was not washed over by the water of the magical river. Achilles grew up to be a man of war who survived many great battles. But one day, a poisonous arrow shot at him was lodged in his heel, killing him shortly after. Still, Achilles is remembered as one of the greatest fighters who ever lived.” The photo was taken at the Victoria and Albert Museum in London (the museum is named after Queen Victoria and Prince Albert.) It was founded in 1852 and has a collection of over 4.5 million objects. Plus, it’s free! One of my best friends, Samuel, brought us there and we loved it. It is a beautiful museum.