One of our favorite families meets up with us in London!

While living in California, we met the most wonderful Bennett Family! Their twins, Georgia and Francesca, played soccer with Emerson when they were about 5 or 6 years old. Their little brother, Robby, and Maddux became best buds! Angela then became one of my favorite friends! (She’s the lady who opened up Fit On Studios in Manhattan Beach where I joined the staff to teach barre classes.) In Taylor, Jesse found a silly, fun Southern guy who is always up for a good laugh!
The Bennetts rented a flat in London and invited us to stay. We gave Samuel and David a break for a couple nights and had a blast with their crew. We rolled deep- with our group of ten people with quite lively personalities! We explored the city together and had a Prince Charles sighting while waiting to cross a street! Cheeri-o! 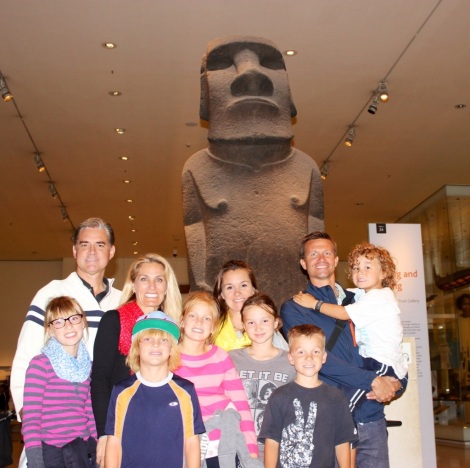 This photo was taken at The British Museum.