“There’s no earthly way of knowing, which direction we are going.” – Willy Wonka

This was insanely amazing. We were walking down a street- people were staring at us like we were in a zoo. I don’t think they see many families roll through town. Anyways- a man with dreaded hair in a huge turban touches my arm and puts his hand in a prayer position and is pointing for me to go in a temple. Emerson is saying no, Jesse is wondering if it is safe, boys are up for it. We go in and give our shoes to some guy, then go up some stairs and through a garbage dump, then walk into a Hindu temple. People are praying on the floor, worshipping different gods and goddesses- everyone turns to look at us. We smile and nod respectfully. They stare, they look us over a few times- then they smile and nod back. Whew! We’re in. We watched some men dancing while ringing a huge bell, watched people bless themselves with the heat from a bunch of candles, saw a man performing rituals by a statue… I wish I could have taken video. Some asked if they could take photos with us. Notice the strange man in two of the pictures – he came from out of nowhere and sidled into both pictures then walked away. Too funny. 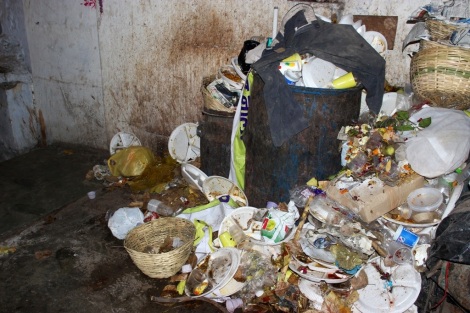 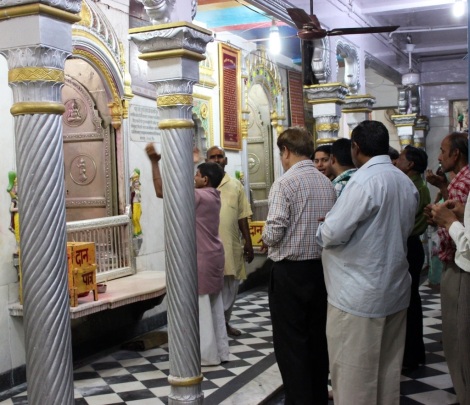 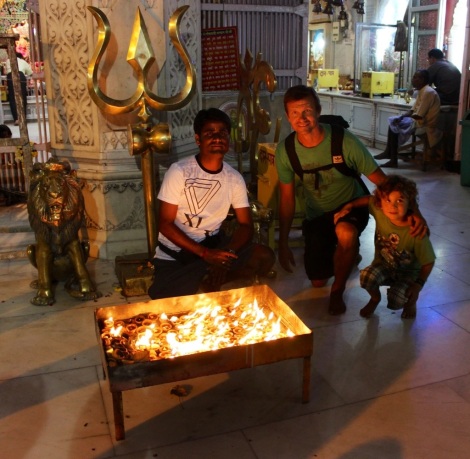 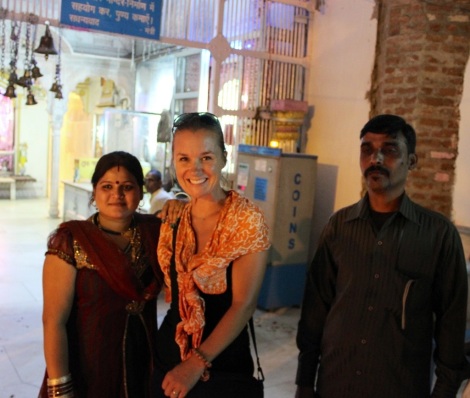 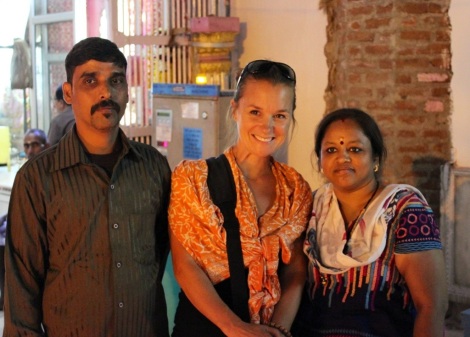 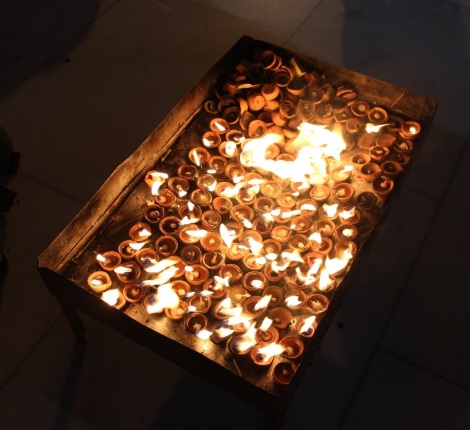 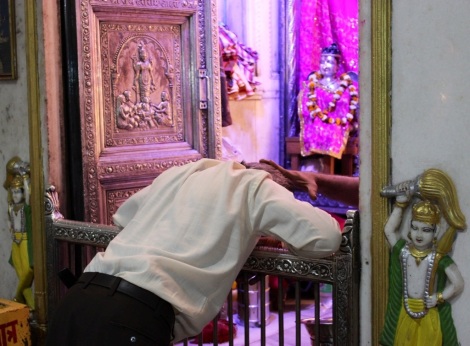 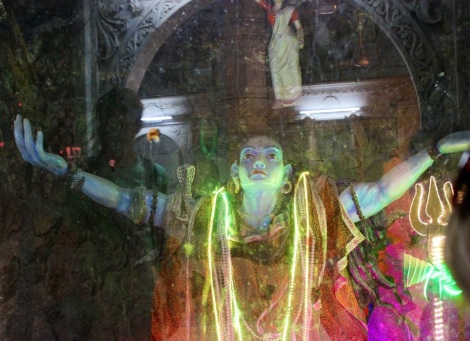 2 thoughts on ““There’s no earthly way of knowing, which direction we are going.” – Willy Wonka”